Hard Candy has released three, new, limited Halloween shades this year that you can find at Wal-Mart. They are a nice change of pace from the usual orange, black and white creme shades we usually see for Halloween which seems to be the theme this year. Polish companies have learned that we need new, unique shades for Halloween just like all other releases. The best part about the Hard Candy Halloween shades? They are all glitter! 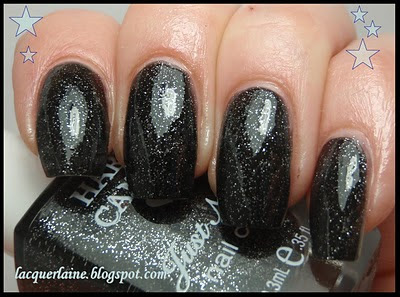 Wicked - This is a black base with tiny silver glitter. The base is a bit sheer but that is a good thing because it lets the glitter shine through. This is three coats. 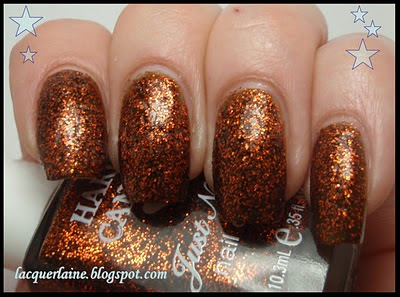 Mischief - This is a orange glitter in a murky, green-black base, much like China Glaze - Ick-A-Bod-Y. I really couldn't tell a difference when I put this on. I could have sworn I was wearing Ick-A-Bod-Y. If there is any difference, Mischief may be a smidge more condensed, but they're pretty much the same. 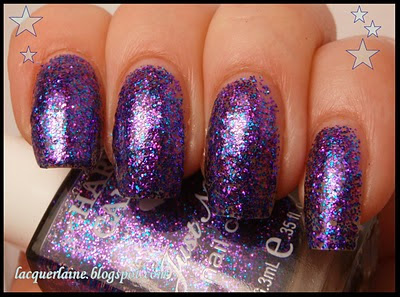 Zombie - This is the star of this collection, in my opinion. It's the most unique, the most fun, and it's a bit of an oddball for a Halloween collection because it's really bright and happy instead of dark and spooky, but that is what makes me like it. This is a mix of purple, pink and blue glitter in a clear base. I love the overall purple glitter look.

These can be found at Wal-Mart and retail for $5.