I always see this odd, yellow colored VW Beetle in my neighborhood and I think to myself, "That is a disgusting color for a car. But I would love it on my nails!" Well, that of course sparked the franken bug in me. The cocktail I mixed up probably doesn't really look like the car, since the car probably isn't neon, but the color is so weird, I don't know what it is. It is this weird pale yellow, but also sort of bright? It is hard to describe. I like the idea of making a neon pastel. I really don't know if that even makes sense, but since I did it with the franken I showed you here, by mixing a neon with a white creme, I have wanted to do it with more neons.

This is what I used: 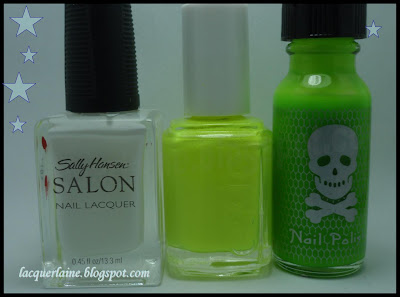 And here is what it came out as: 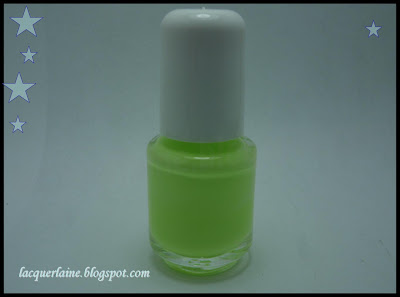 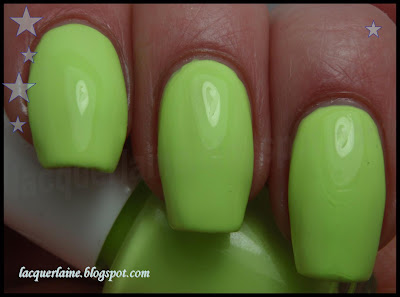 I think in real life it's a little more green. I have been calling this mix "V-Dub"! It's one of those colors that you could argue all day with someone about whether it is green or yellow. And I love the starkness from the white creme. It's so bizarre!

What do you think of V-Dub? Do you mix your own colors?
Posted by Lacquer Laine at 9:00 AM