I love to look at all the polishes displayed at Icing stores. They have so many brights and shades in every color. They just look so fun! So of course while I was there I had to grab some of the pretties. I was mostly attracted to loads of holo glitter! 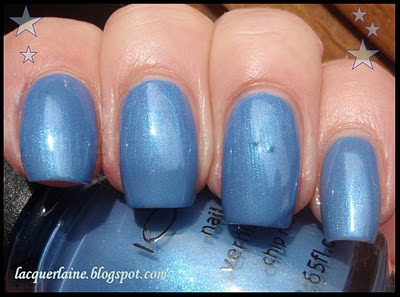 Hot Pants - This is a light to medium blue that falls somewhere in periwinkle to cornflower. It is very delicate and calming. This formula was on the thinner side. i believe I did 3 or 4 coats but now I can't remember which. 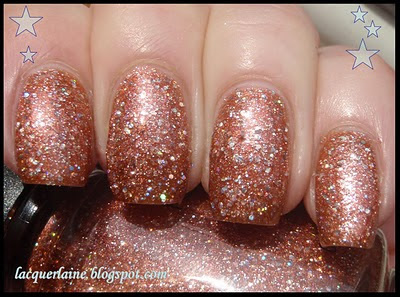 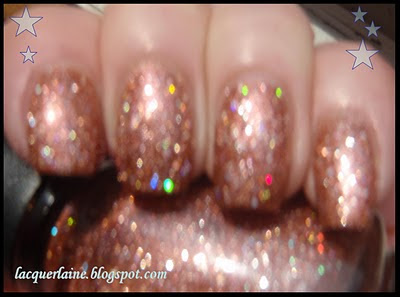 Paparazzi - (sun/blurred) Now it's time for holo! This is a orangey, cinnamon base with what appears to be a hint of pink or peach. The holo glitter in this is very packed and sparkly. It reminds me of China Glaze - Ginger but on steroids. 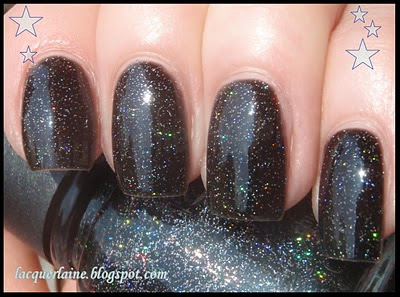 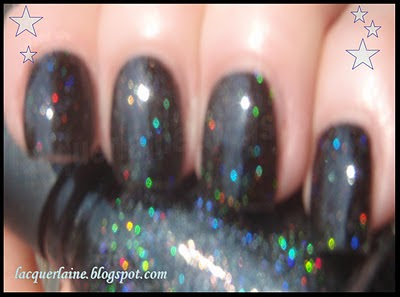 Blackout - (sun/blurred) I had to grab this because it appears as though they reformulated it. This has been available for some time. It is a black with small, sparse, holo glitter. It was very apparent in store that there was a remake because they had bottles of both versions. The older one looks cool, but the glitter is very sparse. The new one had so much prismatic glitter in it that it looked like a smooth-type holo, a la OPI - My Private Jet, or Nubar - Reclaim. Once I got in on I realized it was not like those beauties, but it is still cool. Very outer space looking. If you are concerned about getting the correct bottle of Blackout, it will be the one that looks like this: 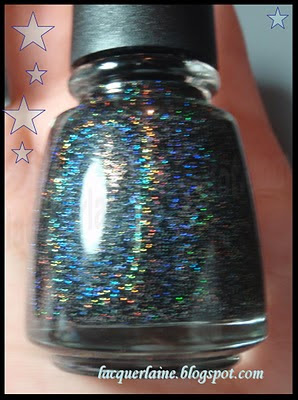 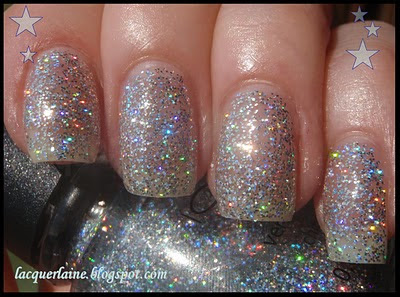 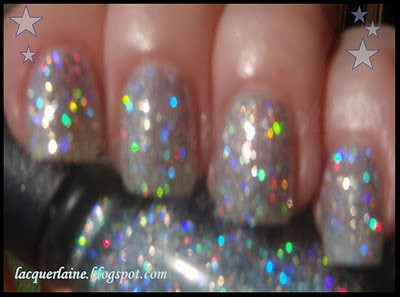 Glamorous - (Sun/blurred) - Oh my stars. This was so amazingly, blindingly, blingy and prismatic in the store I had to have it. (It should also be mentioned that this has been added to my "Top 20" on the right hand side of the page.) I was hoping that it would be full coverage but I should have known better. The swatch above is 4 coats and it's obviously not full coverage but it is EXTREMELY sparkly. 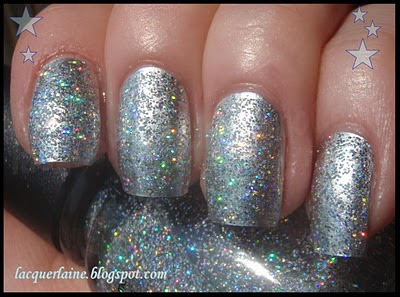 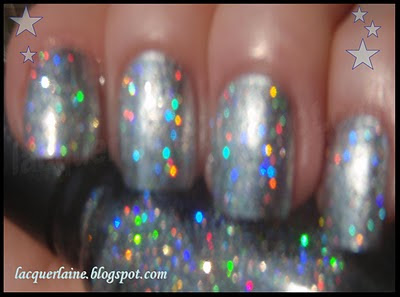 I had to have Glamorous on as a full coverage so I did a manicure with it over China Glaze - Millennium, a silver chrome. The best, most blinged out, disco ball-esque mani ever!