Hello all! How are all my lovely readers?! :c) 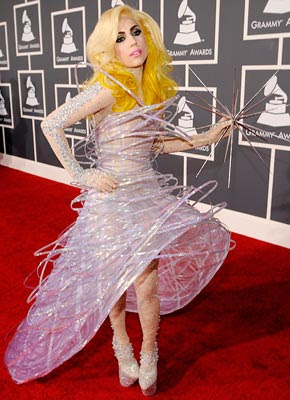 Photo Credit: Us Magazine.com
Today's mani is one I thought up after seeing Lady Gaga's red carpet dress for the Grammy's last Sunday. I wanted to emulate the un-parallel lines and the soft purple hues (as well as the crazy pointed accessory). 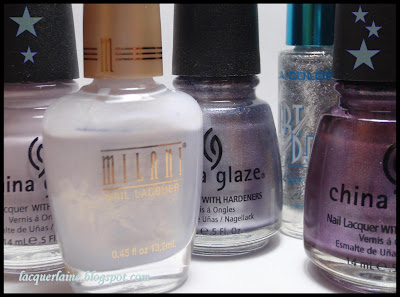 What the mani consists of:
China Glaze - Light As Air (like the dress. Doesn't look like if a gust of wind got caught under there she would just blow away?)
Milani - Cloud 9
China Glaze - Devotion
LA Colors Art Deco - Silver Glitter
China Glaze - Harmony
Not Pictured: Rhinestones, Seche Vite and striper brush 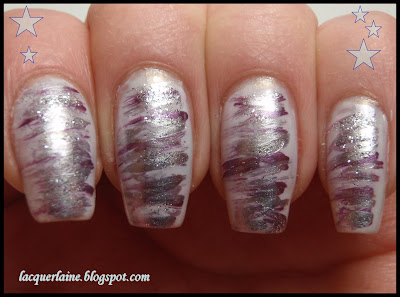 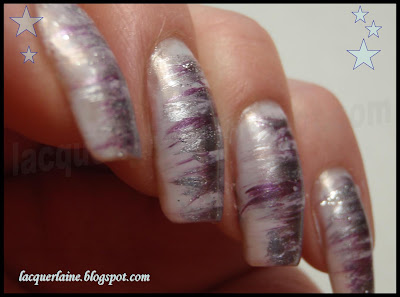 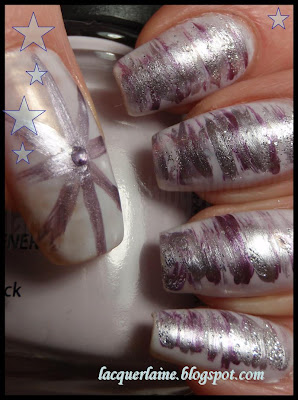 I decided to throw in the starbust accessory on the thumbs. I took a drop of Devotion and added a bit of Harmony to it on a paper plate. I mixed them with a toothpick and using the striper brush I painted the starburst on my thumbs with the mixture. I added a lavender rhinestone to the center.
Finally I topped all the nails with a coat of Seche Vite top coat and viola! Nails to go "gaga" for!! 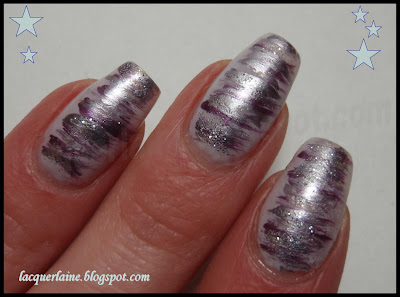 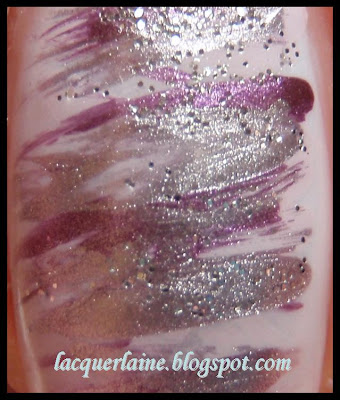 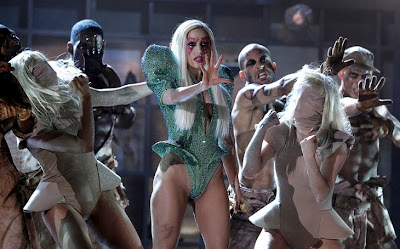 Photo Credit: The Washington Post
Have a great day!
-Elaine
Posted by Lacquer Laine at 9:57 AM