... is my new obsession! This is so pretty that it had to be my first Chanel polish ever. So let's get into some pics so I can help you understand the power---> 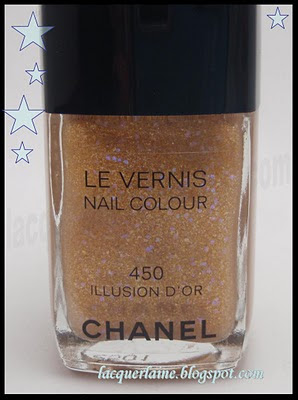 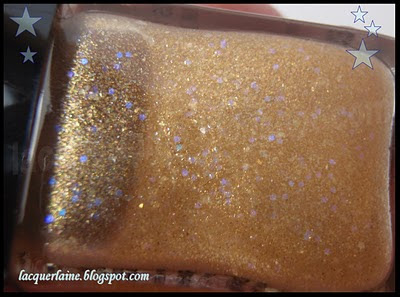 Check out this bottle shot! This is a shimmery sheer gold with what I thought were going to be holo glitter but it is not. There are very thin, iridescent particles that are sort of like a flakie but they aren't flakie either! They are their own category. I guess you can call them "magic". Or "Illusion glitter" but I must say again... it's not glitter. It's awesomeness. 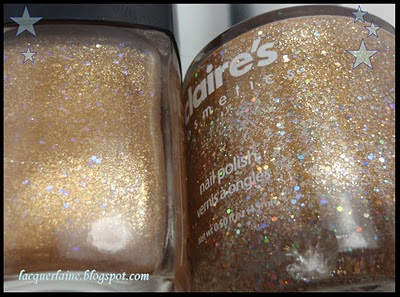 Here it is next to Claire's - Goldmine, which is a gold with holo glitter. See the difference? The glitter is holo and flashing all colors, while the Chanel "illusion glitter" is more iridescent and flashes mostly blurple and blue. Also the glitter are dense, metallic particles while the Chanel has these very thin, fairy dust-ish pieces. 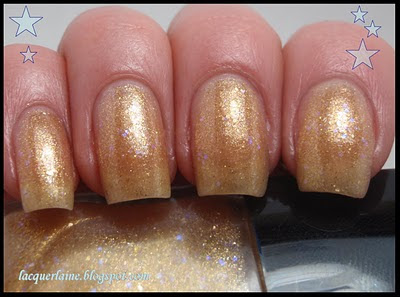 This is Illusion D'or alone in 4 coats. It is rather sheer. You'll probably want to layer it. You could layer it over gold, or black if you want the iridescent pieces to pop more, or white, or pretty much whatever you want. 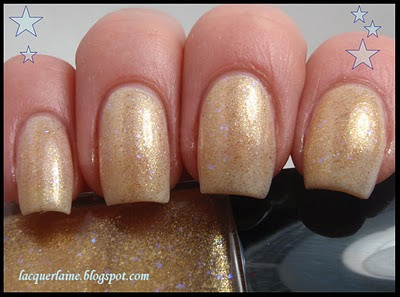 For today's mani I decided to rock it over a soft white: Essie - Marshmallow. Here is 3 coats in my daylight bulb. 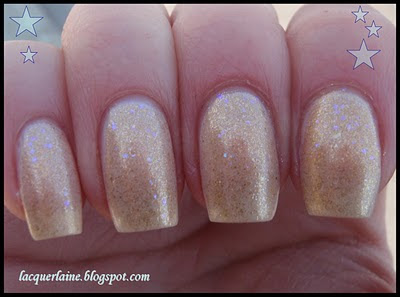 Here it is in the shade outside. (definitely click on this one!!) 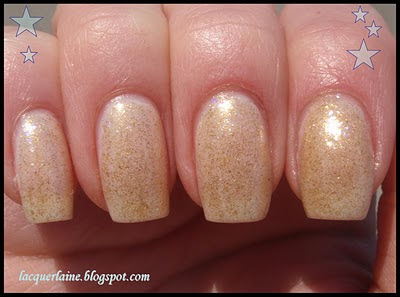 And here it is in the sun!

Edit: I wanted to see what "illusion d'or" meant and I found out it translates to "gold phantasm" and phantasm is:

phan·tasm
–noun
1. an apparition or specter.
2. a creation of the imagination or fancy; fantasy.
3. a mental image or representation of a real object.
4. an illusory likeness of something.