As of late I have been liking blue polish more. I think aside from colors like sheers and nudes, blue was lowest on the totem pole. Maybe brown and black were lower, but my feelings for blue were very odd because there were of course blues I loved and wore, but a lot of times blues that other people were drooling over, I was not, or when I bought blues I never wore them. Well for whatever reason that tendency is shifting. Out of all the Sally Hansen - Complete Salon Manicure colors I showed you, Thinking of Blue was the one that I wore first. And I didn't want to take it off!

The whole reason I say all this is because of a new lemming I found in myself for a discontinued blue: Lippmann Collection - Rehab. I saw it plenty and didn't want it, but for some reason lately I wanted it. I can't get it, so I made my own! I named it Relapse. 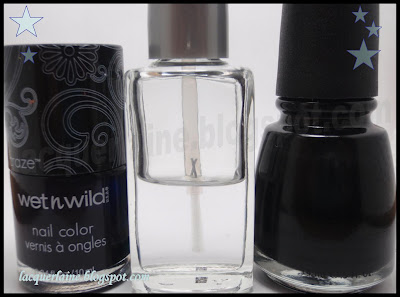 It is very translucent and needs 4 coats but that is what I wanted. i didn't want it too pigmented and looking like a nearly black creme. I wanted it to be obviously blue and obviously jelly. Check it out! >>> 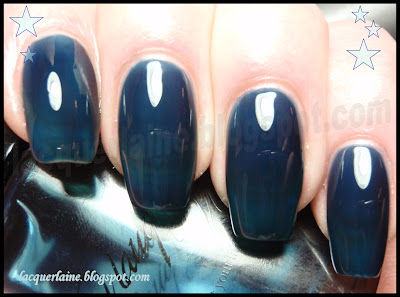 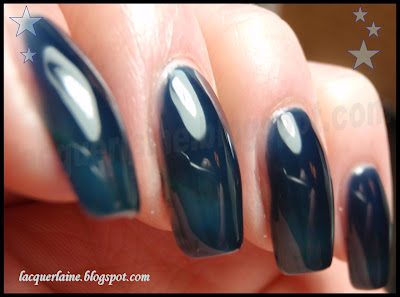 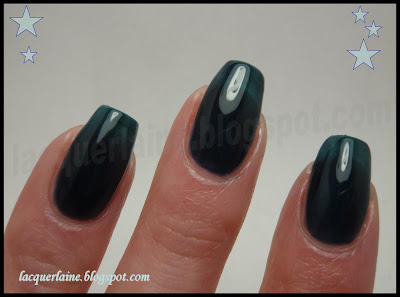 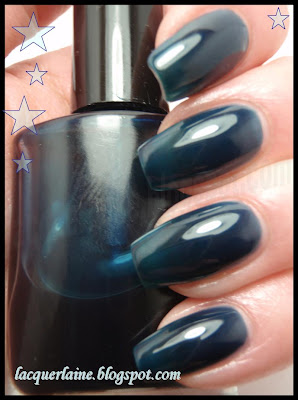 Have a lovely weekend!
Posted by Lacquer Laine at 9:00 AM